Αγγλικό άρθρο / Russians Are Buying Up Real Estate In Greece, Should You?

Russians Are Buying Up Real Estate In Greece, Should You? 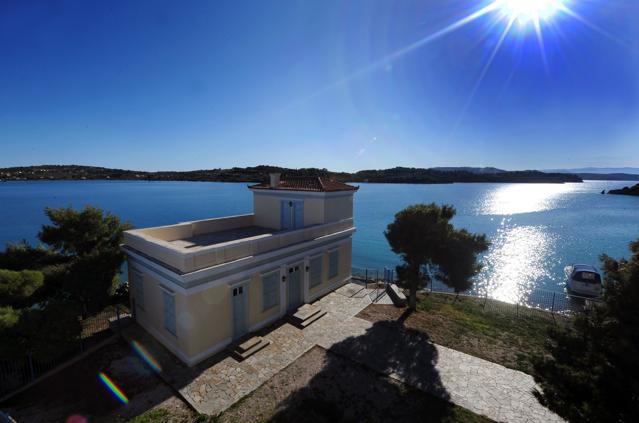 Russians Are Buying Up Real Estate In Greece, Should You? The news from Greece over the past few years has been quite dire as the country is on the verge of bankruptcy. However, despite seemingly desperate economic conditions there is a real estate market where many properties are being purchased at a healthy rate–in particular purchases by Russian investors.

There is a twofold reason for this investment: Prices for luxury properties have dropped on average by 50% since 2009 and Russian investors are looking for places to park their money away from Russia’s own current economic crisis in order to protect their holdings. The relations between Russia and Greece are actually quite strong with a $2.27 billion gas pipeline being built to supply Greece with Russian gas. So, it is not surprising that many Russian investors are taking a particular interest in Greece, where they have invested heavily in the past few years just like they have in London and other places across Europe and the US.

Low Prices Continuing to Fuel Investment Since the third quarter of 2008, the overall price of real estate in Greece has fallen by an average of 40%. It’s little wonder that Russian investors in particular are looking at Greece as a prime opportunity, assuming it can get out of its current economic woes. However, while investors from many other countries are concerned that investing in Greece may be a losing proposition with the country being threatened out of the Euro, Russian investors have demonstrated a stronger determination to put their money into the Grecian real estate market despite fears of a total collapse.

Recession and Real Estate Prices Slide Despite being buoyed by Russian investment in the luxury sectors, the real estate market as a whole continues to slide in large part because the government raised property taxes to help end the budget shortfall that it is experiencing. In addition, apartment prices fell by 5.6% in the second quarter of 2015 which again is not a good sign of the Greek economy. Interestingly enough, Greece has one of the highest rates of home ownership in all of Europe at 80%, ten percent higher than the European average. The combination of falling apartment prices, higher property taxes and tightening credit restrictions have led to a perfect storm of troubles for the Greek economy and the real estate market in particular. If the contraction of Greece’s economy continues as predicted, then it will be virtually impossible.

The Growing Greek Debt Crisis If it defaults, Greece would be the first European country to do so with Italy, Ireland and Spain not too far behind in terms of their debt. However, one reason that the situation is Greece is not seen as too serious by some economists is that the country only has a relatively tiny share of the global market. So, if Greece would totally collapse the impact, at least in terms of the global economy would be considered minimal. However, the greater danger is that Greece would be seen as a bellwether of other European countries currently in danger of defaulting on their debt. Italy in particular would be devastating because it possesses the 8th largest economy in the world. If Greece succumbs to its debts, the fear is that it would set off a chain reaction that might plunge the world into a recession. It does not help that Greece’s stock market has plunged considerably since 2008 and currently there is no end in sight. Also playing a big role in the economic slowdown is the tightening of credit which has hampered investment to a large degree. Today, the real estate market is roughly 95% cash when it comes to investments which means that it is very difficult for a broad range of investors to buy up properties. This narrowing of the real estate market to mostly those who have cash has meant that many real estate agents in Greece are closing up shop. With such limited opportunities for ordinary people to buy property, that means the real estate market as a whole has dried up considerably. Unless things change for the better quickly, it may be that the real estate market will not recover for a very long time to make it worthwhile for most investors.

While it is too soon to make the determination on whether Greece’s debt and potential economic disaster will take the real estate market even more down, it can be said that in terms of price and long term opportunity there are many investors, particularly those from Russia who are willing to buy up at least the luxury properties. Investors who are who are risk averse will wait for the economic situation to clear and for the bond yield to lower dramatically.